Adam Aijala was born in Worcester, MA in 1973 and moved to Sterling, MA in 1977. He grew up in a home with a well-used record player and it was through this that he found a love for music at an early age. Music from the 50’s, classic rock and reggae were often on the turntable. Well before he was allowed to change records on his own, he was drawn to the music of the Beatles. His earliest musical memory for him was getting goosebumps while listening to “Strawberry Fields Forever.” A sister over two years his senior and also an avid listener of music was very influential in his musical journey as a youth. Up until about the age of 11 or 12, his musical interests mostly involved Casey Kasem’s Top 40. The year Adam turned 13, his parents finally relented and bought him a guitar as for the previous 2 years he’d been all but begging to learn. “But your taking lessons,” his mother said. In February of 1986, his parents bought him an all black Memphis guitar which was a cheap knockoff of a Gibson Les Paul and a small Peavy amp.

He started lessons with a local blues and jazz musician and would continue for about 4 years. Within the first 6 months of lessons Adam had a basic grasp on major and minor chords and was able to listen to songs and figure out the chords on his own. When there were songs he couldn’t figure out he went to his teacher. “I was bringing him Black Flag songs to learn which were mostly just bar chords. I’m sure he was thrilled to do that for me,” Adam recalls jokingly. It was again his sister that introduced him to L.A. punk, British punk, and hardcore which was a result of her being in high school and making friends in the skateboard scene.

Adam split his time between guitar and skateboarding and when he befriended the BMX kids in high school he was introduced to metal which also influenced his guitar playing. In the summer between his junior and senior year he experimented with psychedelics which brought him away from the heavier genres of music and into the likes of the Grateful Dead, Bob Dylan, Neil Young, and lots of bands he remembers hearing in his house as a young kid. For Christmas in his senior year of high school, he received his first acoustic guitar which he would play about as often as he played his electric. This would continue through his college years at the University of Massachusetts where he graduated with a BS in Forestry in 1995.

After a series of knee injuries and surgeries he landed a job in 1996 in central Idaho working for a private forestry company contracted by the U.S. Forest Service. It was during this summer that he made the trek to Lyons, CO for RockyGrass where he remembers seeing Tim O’Brien and the O’Boys. “Scott Nygaard was flatpicking and just shredding. I remember thinking, ‘I am going to learn to do THAT!'” From Idaho, with his acoustic guitar in tow throughout this time, he ended up spending that winter in Lake Tahoe snowboarding and working at a couple of resorts. The following season he worked directly for the U.S. Forest Service about an hour south of Lake Tahoe and it was there that he re-injured his knee while on the job. While deciding what to do next he spoke to a college buddy who lived in Nederland, CO who convinced him to move to the Front Range because the acoustic music scene was thriving. Since he was still on worker’s compensation for his injury he was playing guitar 5+ hours a day and it was in 1998 he met the guys with whom he would later form Yonder Mountain String Band. Before this meeting, Adam’s knowledge of bluegrass was limited to Old & In The Way, The Seldom Scene, The David Grisman Quintet, and a little Norman Blake and Doc Watson. The boys in Yonder helped expand his world of bluegrass. And it is through this band that Adam has written and continues to write music utilizing his influences from today all the way back to his early childhood. 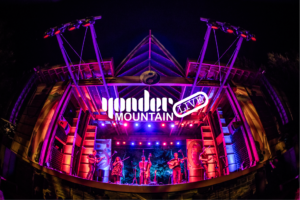 For almost 25 years, Yonder Mountain String Band has been redefining bluegrass music, by pushing the envelope into realms of rock n' roll and improvisation. 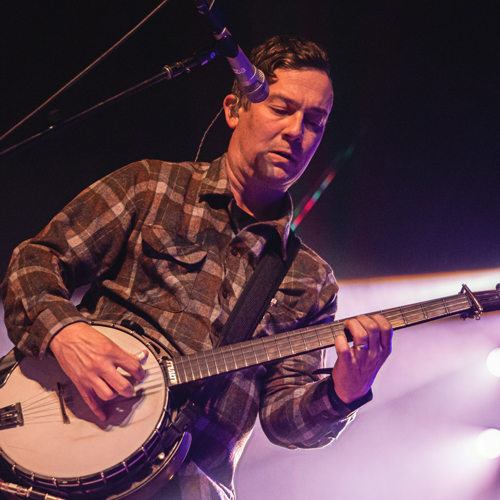 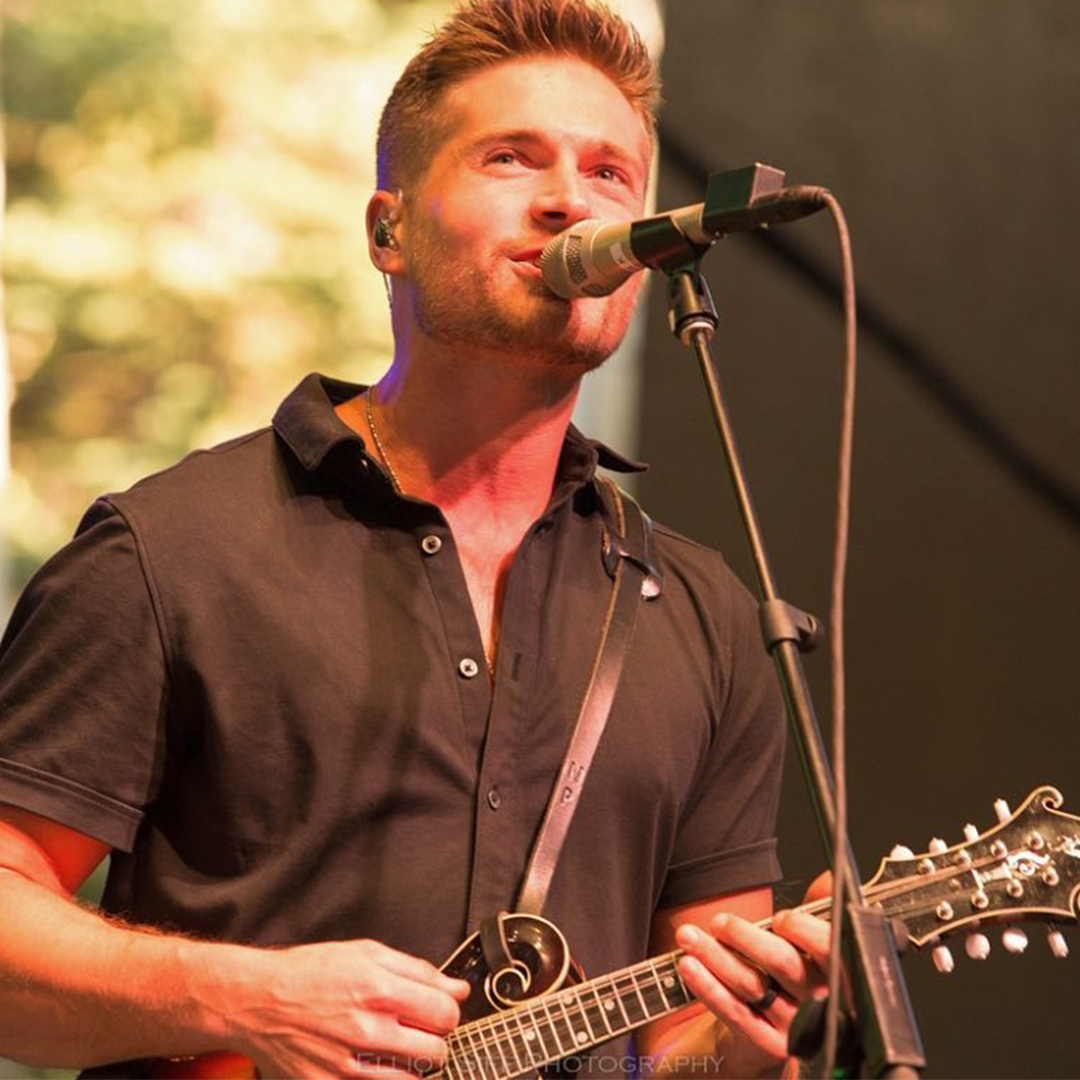 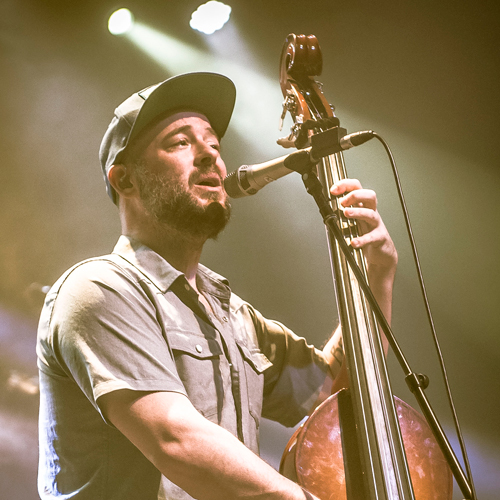 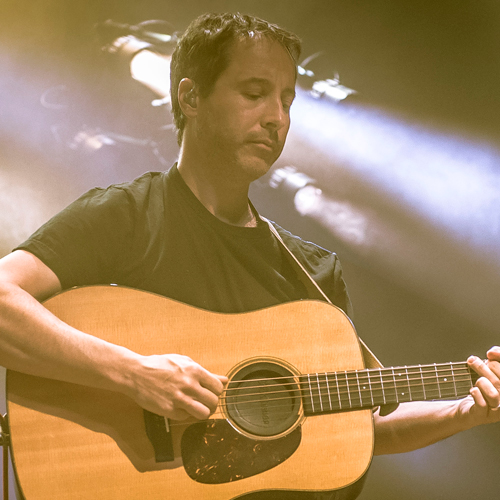 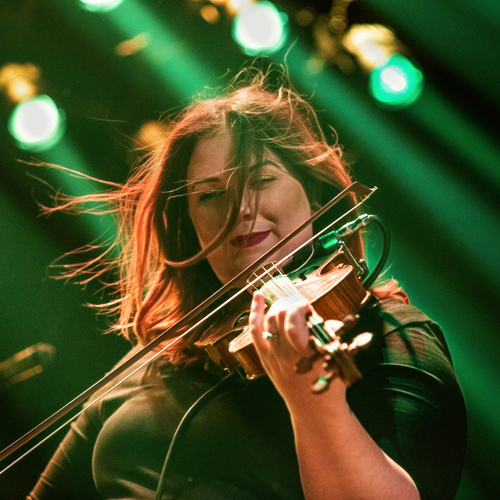